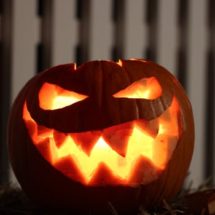 President Trump may spook the bond market this week when he decides who will head the Federal Reserve next year.

The higher mortgage interest rates that prevailed last week were partly driven by rumors indicating that John Taylor was surging to the forefront as the President’s choice for Chairman of the Federal Reserve.  Of the four candidates under consideration, Mr. Taylor appears to be least favored by credit market participants – and the most favored by congressional Republicans.

If President Trump chooses Fed Chair Yellen or current board member Jerome Powell, investors will likely breathe a sigh of relief since each of these choices will probably maintain the status quo with respect to the pace of short-term rate hikes — a condition likely to prove supportive of generally steady mortgage interest rates.

If the President chooses John Taylor, a Stanford economics professor, or Kevin Warsh, a former Fed governor and Wall Street insider, credit market investors fear each of these two candidates if nominated and confirmed, would be quick to move to ramp up the pace of rate hikes from the Fed.  An accelerated rate hike schedule is almost sure to create notable upward pressure on mortgage rates.

The President says he will make his Fed Chairman nominee decision no later than Friday.

I hope everyone has a happy & safe Halloween!