Tax Reform: What it Means for Mortgages 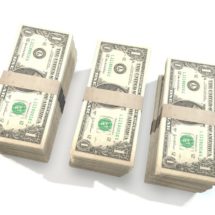 The landmark tax reform bill officially passed both houses last week. The big winners appear to be people who rent, corporations, and high-earners.

Real estate and mortgages were affected negatively, but it could have been much worse. The mortgage interest deduction was maintained although cut to $750,000 from $1 million. However, doubling the standard deduction will stop many homeowners from itemizing and taking the mortgage deduction. There remains a fair amount of confusion over deductibility of home equity loan interest. It appears you will not be able to deduct interest for anything other than acquisition and home improvement.

You will only need to live in your home for 2 years to avoid capital gains. The House had passed 5 years, but the 2-year period appears to have been retained in conference. Property taxes will be limited to $10,000 maximum deductibility. Losses due to fires, hurricanes, etc. will no longer be deductible unless in a presidentially-declared area. No more moving expense deduction may make changing homes less attractive.

Unreimbursed employee expenses that exceed 2% of AGI will not be allowed. You will still be able to deduct interest on 2nd homes with an aggregate of 1st and 2nd less than $750,000. It will take some sorting out for everyone to get on the same page with the new law. The President is not expected to sign it until the new year to keep a clean 2017 tax year.

The tax bill could lead the Federal Reserve to raise rates faster in 2018. Sales and profits will likely be stronger and with the unemployment rate low, wage pressures will mount faster, and inflation should pick up more. The tax bill will also add to the deficit, leading the government to sell more debt which normally leads to higher rates.

So what’s a home shopper to do? Perhaps acting sooner than later is the best plan. Many believe that home prices will continue to rise due to low supply of homes for sale. Buyers would be incentivized to purchase now, rather than wait. The same home may cost more to buy and pay for on a monthly basis a year from now. And the sooner you purchase, the more quickly you can enjoy in the wealth creation through real estate.