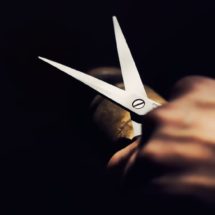 President Donald Trump and Senate Republicans scrambled earlier this week to make changes to a Republican tax bill in an effort to win over holdout GOP senators and pass a tax package by the end of the year.

The pending plan will reduce or eliminate virtually all of the tax incentives of homeownership, promising to reshape an industry that accounts for nearly one-sixth of the U.S. economy and drives the biggest financial transaction most Americans make in their lifetimes.

The proposed legislation would cut in half the size of loans that qualify for deductions of mortgage interest, to $500,000 from $1 million. At the same time, it would nearly double the standard tax deduction, to $24,400 for married couples in 2018, ensuring that only a tiny sliver of homeowners, primarily in the priciest housing markets, will continue to itemize their returns to capture the break.

To be sure, the $500,000 cap on the mortgage interest deduction would apply only to loans made after Nov. 2, which protects existing homeowners. But experts said that is likely to exacerbate the current stagnation in the housing market.

The bill also appears to eliminate the mortgage interest deduction for second homes and further limits, for top earners, a break on capital gains from real estate sales.

One silver lining for the housing industry: the bill would retain a deduction for property taxes, albeit with an annual cap of $10,000, which is a blow to homeowners in high-tax states.

Homeowners in high-cost cities are less likely to trade up to larger, more expensive homes if they know that means losing the protection on the mortgage interest deduction, which in turn makes it difficult for younger buyers to enter the market.

The bill also could have an impact on the refinancing market. Lenders said it appeared that the lower, $500,000 deduction would also apply when existing mortgages were refinanced, which could discourage borrowers from refinancing even if they have a relatively high interest rate.

Some lenders said the bill also appeared to curb the tax benefits of cash-out refinances by eliminating the deductibility of the portion of the mortgage that exceeds the value of the debt being rolled over.

The changes come at a sensitive time for the housing industry.  If tax changes make it more difficult for people to put money toward the house, or take away the economic benefits of owning a house, it could cause a housing recession because of a potential drop in home values.