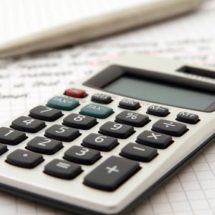 The real estate industry will face a fight in 2017 about how federal tax law applies to residential property.

According to the Wall Street Journal, a sweeping blueprint for overhauling most of U.S. tax law made in June by House Republicans appears to have a better chance with a Republican in the Oval Office.

Among other things, the GOP blueprint calls for the elimination of the deduction for state and local property tax. Industry executives also worry the plan could severely cripple the mortgage interest deduction—long considered a sacred cow of U.S. tax policy.

The blueprint proposal released in June said it would preserve the mortgage interest deduction. But it also would nearly double the standard deduction that taxpayers could receive, thus eliminating most itemized deductions. Mr. Trump proposed an even larger standard deduction.

“Because of the other provisions included in the new tax system, far fewer taxpayers will choose to itemize deductions,” says the Better Way proposal released in June.

The upshot, real-estate industry leaders worry, would be that fewer people would be incentivized to purchase homes, which would weigh on demand and possibly the broader economy.

Real-estate industry officials are concerned that, if not handled right, changes in tax law could warp the economics behind real estate, creating upheaval in the industry.