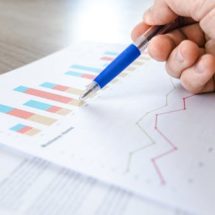 The housing market is a bit better lately. But considering the overall economic environment, the improvement still counts as underwhelming.

On Thursday, the National Association of Realtors reported that its index of pending home sales—sales of previously owned homes that are under contract but haven’t been finalized—bounced back in August, putting it 2.5% above its year-earlier level. That follows Wednesday’s Commerce Department report showing that new-home sales jumped last month and last week’s report that existing-home sales firmed in August.

The biggest factor behind the pickup in housing has probably been the decline in interest rates. Earlier this month, the average rate on a 30-year fixed mortgage slipped to 3.49%, according to Freddie Mac. That compared with 4.54% a year earlier. It was the lowest rate since 2016, and one of the lowest in history.

Meanwhile, the job market continues to do well, with the unemployment rate near a 50-year low and wages picking up. Home-price gains have moderated over the past year and are now rising more slowly than per capita after-tax income, helping affordability.

But welcome as the pickup has been, it must be kept in perspective. Combined new- and existing-home sales have gotten back only to where they were in the beginning of last year. And they are about level with where they were in 2000, when the U.S. population was significantly lower than it is now.

Housing could show some further improvement in the months ahead, of course—all of the drop in mortgage rates probably hasn’t shown up in the sales data yet (though rates have bounced higher since earlier this month). Still, that such an apparently benign environment isn’t driving significantly higher sales shows what stiff headwinds the housing sector faces.

Since the financial crisis, more Americans question the value of owning a home, while the 2017 tax cuts reduced the financial incentives for homeownership, especially in high-tax states. Many millennials are saddled with high levels of student debt, making the prospect of taking on additional debt to buy a home worrisome.

So for now, housing looks as if it is going to provide only modest support for the economy. For it to really take off, it seems like the environment would somehow have to become even more benign, with mortgage rates slipping to new historic lows while the job market continues to run strong. That seems like an unlikely combination.