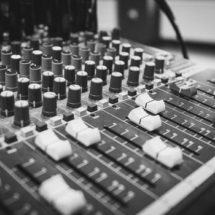 With interest rates on the rise, it may be time for home buyers to take a fresh look at some alternatives to the 30 year fixed rate mortgage, which has dominated the mortgage market since the 2008 financial crisis.

While many non-traditional loans got a black eye after the housing collapse, today’s versions lack the toxic features—such as negative amortization and prepayment penalties—that tripped up many borrowers during the housing bubble a decade ago

Even if the loan rate then went up, it could take two or three years for higher payments to offset the initial savings, making the mortgage a good choice for a borrower likely to move within 10 years. Once annual adjustments begin, they are generally calculated by adding a fixed margin to a floating rate, such as the 1 year LIBOR (London interbank offered rate).

While not for everyone, hybrid ARMs will become more popular if rates continue to rise as they are expected to.  With ARMs ‘hybrid fixed’ terms ranging from 1 month to 15 years, savvy borrowers have a lot of ways to save money compared to traditional 30 year fixed rate mortgages and should be considered depending on their situation.