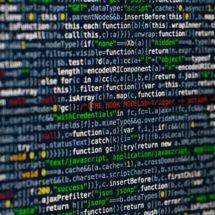 The next time you buy a house or refinance, your lender might deploy a drone and a computer algorithm to size up your property instead of a tape-measure-toting human appraiser.

According to a recent Wall Street Journal article, federal regulators are moving to allow a majority of U.S. homes to be bought and sold without the involvement of licensed appraisers, by increasing from $250,000 to $400,000 the value of homes exempt from a human evaluation.

In doing so, they are opening the door to more appraisal work being performed from afar and by computer models.

Proponents of the change, primarily financial institutions and state banking regulators, say that by not having to hire a licensed appraiser, lenders and home buyers will save money and real estate deals can be completed faster.

Appraisers and consumer advocacy groups that have opposed the change argue that it introduces new risks to the $10.9 trillion market for home loans and that computer models and other technology can’t replicate a trained appraiser’s judgment, human senses and experience.

Automated providers typically charge less than $60 for computer-generated property valuations. Appraisals for a single-family home typically cost between $450 and $550.

More than two-thirds of U.S. homes sell for $400,000 or less, according to U.S. Census data and the National Association of Realtors.