Beware the Ides of March? 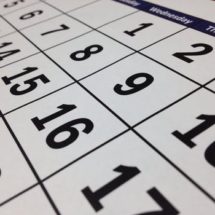 The Federal Reserve would like investors to beware the Ides of March, but so far investors are taking the warning about as seriously as Caesar did.

Minutes from the Fed’s latest meeting, released last week, suggested that the central bank could raise rates “potentially at an upcoming meeting,” the possibility that the Fed will lift rates at its meeting ending on March 15 has gotten stronger.

The most recent reports on jobs, inflation and retail sales were all stronger than economists expected. Markets have risen with stock valuations reaching their highest levels in over a decade.

But futures prices show investors still assign low odds to a March move, and are centered on the Fed raising rates just twice this year, as opposed to the three rate increases Fed officials project.

At the very least, the Fed may want to send a strong signal this month that it plans to raise rates at the May meeting. But if the Fed is serious about three increases, it would best get one done before its plans could be derailed by some sort of turmoil. With the possibility of tax cuts and fiscal stimulus adding more juice to the economy, the Fed is probably worrying more about getting behind the curve on rates.

If the data on February jobs (due out next Friday March 10th) run strong or if the market keeps rising, then a March rate increase will become less of a possibility than a probability. Fed Chairwoman Janet Yellen speaks on Friday March 3rd. Investors shouldn’t ignore a second warning.  Expect higher mortgage rates if that happens.